Homeopathic Remedies during Pregnancy, Birth and Beyond 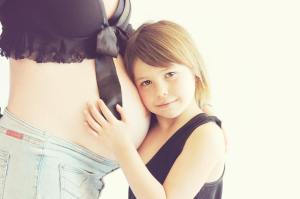 Pregnant women tend to avoid medication except when absolutely necessary, which offers homeopathy a special advantage during pregnancy, birth and postpartum. Homeopathic remedies are exceptionally safe and without side effects, which is why 95% of pharmacists in France recommend homeopathy during pregnancy.

Many people know these remedies are non-toxic, but do they work? There are studies showing they do. Take for example one such research trial, which showed a reduction of 3 hours in labour time and significantly fewer cases of difficult birth when the women were given a series of homeopathic remedies and compared to placebo.

Homeopathy also gives hope to women who are suffering from depression during pregnancy and postpartum but are reluctant to take antidepressants. In this case a practitioner trained in classical homeopathy should be sought for best results. An excellent case report of a severe case of postpartum depression was recently published in the Journal of Evidence Based Complementary and Alternative Medicine, with impressive results, and more studies are needed. Of course homeopathy is best used as a complement to other therapies and conventional medicine whenever severe symptoms present themselves.

Five best remedies for labour and beyond

During labour homeopathic remedies help ease the natural birthing process and prevent medical interventions. The unique challenge in homeopathy is that remedies are not given across the board according to a conventional diagnosis or disease name, but rather according to the unique characteristic symptoms a woman experiences. No two women are alike, so the remedies must be carefully selected to suit the person for it to work correctly. Just a handful of remedies can be kept on hand to help ease most difficulties in labour: Aconite, Arnica, Carbo vegetabilis, Caulophylum and Cimicifuga.

Use Aconite for shock, fear and/or fright. When labour is too quick. Fear of death, extreme pain, violent, terrifying labour. Sudden onset of symptoms.

Arnica is a wonderful trauma remedy and can be given routinely after birth (and caesarean section) to assist healing, control bleeding and reduce soreness. Also for exhaustion during labour for long labours, or during last month of pregnancy if there is soreness and aching when a baby is too active.

Carbo vegetabilis is the great reviver when exhaustion, fainting spells or collapse are present. The remedy can be crushed between two spoons when given to babies. In fetal distress, give to the mother. Also useful for trapped gas pains and/or exhaustion after a caesarean section.

Use Caulophyllum to revive contractions in late, slow or stalling labour when the cervix fails to dilate. Give when contractions appear as painful spasms, shooting, erratic and ineffective. Another sign is when exhaustion and trembling accompanies the contractions. The mother may feel nervous and anxious. Caulophyllum is also helpful for afterbirth pains.

Cimicifuga is the second remedy for late, slow labour, especially when there is emotional agitation or the mother feels gloomy and trapped. Similar to Caulophyllum, it is given when the pains are sharp, almost electric but ineffective. The mother cannot bear the pain and becomes frantic. Cimicifuga is also helpful for afterbirth pains.

Note: Caulophyllum and Cimicifuga may be given alternately, every 15 minutes, 3 doses each, or as needed.

Dosage: Unless experienced in homeopathy, the 30c potency is recommended—some books do recommend the 200c for the intensity of symptoms during labour, but these should not be repeated often. Choose the remedy according to the symptoms above, giving 2-5 pills on the tongue, every 15-30 minutes for 3-4 doses. Stop as soon as symptoms change or improve, repeating if symptoms return. If there is no change after 3-4 doses, choose a more suitable remedy. On a final note, homeopathy should never replace medical care, but is best used as a complement.

Nicole Duelli Hp CCH is a classical homeopath and wellness consultant, trained in naturopathic medicine (Germany), who enjoys educating women about the natural healing of homeopathy and the human body.

The clinic is now open for in-person visits and we are taking extra precautions to keep everyone healthy and safe. Visits will also continue online via video-calling or on the phone for anyone who prefers the convenience or has a need to self-isolate, including those vulnerable to infection or if asked to stay home because of a fever or other symptoms.