Homeopathy was first discovered over 200 years ago by a German medical physician and apothecary, Dr. Samuel Hahnemann. Fueled by his knowledge of ancient medical principles and frustrated by the often dangerous methods of medical practice at this time, Dr. Hahnemann began experiments which led to the birth of homeopathy. In 1790, he first tested the effects of Cinchona officinalis bark by ingesting it himself and rediscovered the ancient principle, like heals like, after recognizing that the symptoms he experienced while taking the medicine–fever, chills and weakness–were the very symptoms it was treating, as Cinchona officinalis was a common treatment for malaria. With further experiments, he based the system of homeopathy upon three guiding principles, written in his book, The Organon of Medicine, published in 1810.

We know how homeopathic medicines work because they have been thoroughly tested in “Provings.” Instead of animal testing, homeopaths have historically volunteered to take a remedy for a period of time to experience and record the symptoms it produces. The recorded symptoms are gathered and published in books, alongside any additional information known about the substance as a medicine. Homeopaths then use these books, called Materia Medica, when customizing medicines, according to the like heals like principle.

When health problems recur or persist, addressing root imbalances with homeopathy helps the body restore its natural strength and vigour, creating resilience, so the body can bounce back from stress, injury and illness when they occur. To accurately choose a remedy that sparks healing at the root level, homeopaths must gather symptoms as clues. Because these clues are unique to each person, homeopaths must ask many questions about the exact nature of these symptoms, including when and how they appear, and then research time may be needed to find an accurate match.

Dr Hahnemann inspired a great many medical physicians to practice homeopathy and continued to refine ideas about medicine, to research, write books and treat patients throughout his life and into old age. Since this was before the age of modern medicine, he treated all kinds of illness with homeopathy, from chronic disease to acute epidemics. After the death of his first wife, he later moved to France after being inspired by Melanie D’Hervilly, whom he married in 1835. Melanie was the first woman homeopath in Europe and together they held a thriving practice until his death in 1843 at the age of 88. His grave lies at the Pere Lachaise Cemetery in Paris. 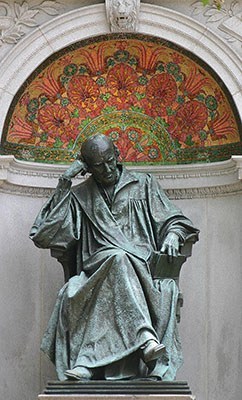 In 2011, a Swiss government report on Complementary and Alternative medicine declared that homeopathy is not only effective, but also cost effective, and continues to cover it under its Swiss national health insurance.